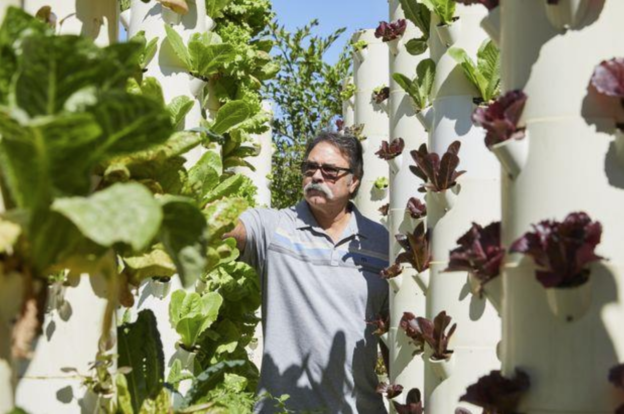 Strict lending requirements that were put in place after financial crisis are starting to erode.

The risky mortgage is making a comeback.

More than a decade after home loans triggered the worst financial crisis in a generation, the strict lending requirements put in place during its aftermath are starting to erode. Home buyers with low credit scores or high debt levels as well as those lacking traditional employment are finding it easier to get credit.

The loans have been rebranded. Largely gone are the monikers subprime and Alt-A, a type of mortgage that earned the nickname “liar loan” because so many borrowers faked their income and assets. Now they are called non-qualified, or non-QM, because they don’t comply with post-crisis standards set by the Consumer Financial Protection Bureau for preventing borrowers from getting loans they can’t afford.

Borrowers took out $45 billion of these unconventional loans in 2018, the most in a decade, and origination is on track to rise again in 2019, according to Inside Mortgage Finance, an industry research group. Such mortgages aren’t guaranteed by government agencies and typically charge higher interest rates than conventional loans.

Proponents of unconventional loans argue that mortgages became too hard to get in the aftermath of the crisis and that their proliferation will open the housing market to sound borrowers who had been shut out of it. But some worry that the competition for customers could drive lenders to loosen standards too much.

“There are some weakening standards and weakening practices,” said Eric Kaplan, director of the housing finance program at the Milken Institute. “It doesn’t rise to the same level yet, to my knowledge, of some of the things taking place just prior to the crisis. But we have to be vigilant.”

The market for unconventional home loans is still tiny compared with the rest of the mortgage market as well as its pre-crisis past, when unconventional borrowing peaked at more than $1 trillion. Big banks’ mortgage arms are still avoiding riskier borrowers, leaving them to nonbank lenders.

Still, the increase in unconventional loans shows that lenders are looking farther afield for customers. As the U.S. economic expansion ages and home prices rise faster than incomes for most Americans, the mortgage industry is finding that there is a limited number of cream-of-the-crop borrowers.

Greg Licht had a lot of business debt and a FICO credit score of under 600 when he applied to refinance his mortgage this summer. He also had hundreds of thousands of dollars of equity in the San Clemente, Calif., home where he has lived for more than two decades.

That made him an appealing borrower to an unconventional lender, according to Tom Jessop, a loan consultant at New American Funding. Mr. Jessop arranged a $675,000 loan on the $1.1 million property, leaving the lender with a significant buffer should Mr. Licht default.

Mr. Licht was able to pull cash out of his home and pay down his business debt. He is paying above-market interest and plans to refinance at a lower rate once his credit improves.

“Now my job is to work on FICO scores,” he said.

In California and other coastal states, home prices have risen rapidly over the past decade, raising concern that much of the equity homeowners have built up could evaporate if market conditions turn. Recently, the housing market has shown signs

of cooling on the West Coast. That is another risk that lenders must weigh as they evaluate borrowers. “You’re assuming that you have the secret formula,” said Guy Cecala, chief executive at Inside Mortgage Finance. “And I think history has shown people haven’t gotten that right.”

As mortgage lenders inch back into the types of mortgages that got them in trouble in the last housing bubble, the key to avoiding a repeat, they said, is to be careful that borrowers don’t overextend themselves. That can mean allowing a borrower to have one risk—say, a low or absent credit score—that is offset by an area of strength.

“What we’ve been doing is taking measured risk,” said Tom Hutchens, an executive vice president at Angel Oak Mortgage Solutions, one of the biggest providers of unconventional loans.

Home buyers who don’t have pay stubs because, for instance, they are self- employed, have been gravitating to lenders that will accept bank statements to verify income. At first, these lenders asked applicants to submit years of statements. Now, some require just a few months.

Citadel Servicing Corp. offers a mortgage that requires just one month of bank statements. That practice, according to the firm, is no riskier than requiring 24 months of statements because there are other safeguards in place. The borrower must have a credit score of at least 650 and must put down a substantial amount upfront. Interest rates range from 5% to 6%.

“This is not for somebody who decided to become an Uber driver two weeks ago,” said Bill Lyons, CEO of Griffin Funding, a San Diego-based mortgage company that offers the Citadel loans.