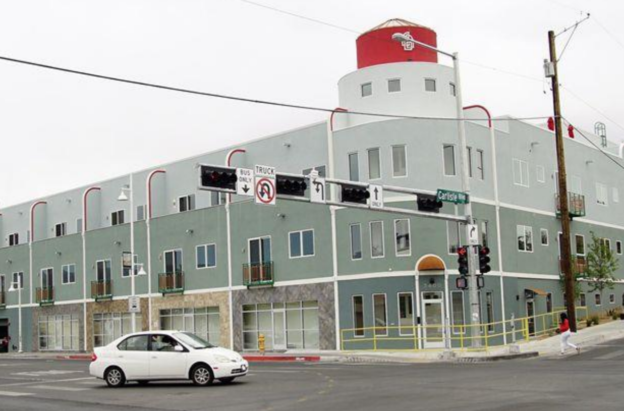 The FHA insured a million home loans last year made by banks and other private lenders, the vast majority of which were for single-family homes. With the new rules, the agency estimates it could insure as many as 60,000 additional condo loans each year, on top of the 16,000 condo loans it backed in 2018.

Condos are a more affordable alternative for first-time buyers in cities like Seattle, Austin and Denver, where single-family homes are increasingly out of reach for many. The median price of an existing condo or co-op unit was just over $260,000 in June, compared with nearly $290,000 for the median existing single-family home, the National Association of Realtors said.

“This is set to really expand homeownership,” said Ben Carson, secretary of the Department of Housing and Urban Development, which oversees the FHA.

Skeptics say now is a risky time for the government to back more condo loans. David Stevens, retired chief executive of the Mortgage Bankers Association, who ran the FHA through the fallout from the 2008 housing crisis, said he worries about repeating the mistakes of the past.

“FHA is already a higher-risk program,” Mr. Stevens said. “Layer that on top of a higher-risk product called the condominium, and you definitely have to prepare yourself for the fact that in the next correction you’re going to take more losses at FHA than anywhere else.”

Mr. Stevens said condos are a dicier proposition because units in a building can be turned into rentals, which tend to be less well-maintained. A single foreclosure in a condo building can affect other units as windows aren’t washed, balconies aren’t painted and maintenance dues aren’t paid.

One reason the FHA became enmeshed in risky condo loans during the previous housing boom was a practice known as spot approvals. Entire condo buildings are supposed to be certified before borrowers can get FHA loans there, but the agency began routinely making exceptions and granting individual loans, Mr. Stevens recalls.

Beginning in 2008, the FHA tightened its lending standards for condos, including eliminating spot approvals. Condo lending became a niche part of its business: Only 6.5% of the 150,000 condo projects in the U.S. are FHA-certified.

Now, the FHA will once again approve loans for individual units in buildings that aren’t certified. FHA Commissioner Brian Montgomery said the agency has tightened requirements to avoid the abuses of the last housing boom. Individual loans will be approved in most buildings only if no more than 10% of the loans are to FHA borrowers.

The changes have been in the works since 2016 but hit a pause during the switch in presidential administrations before agency officials revisited the policy details.

The new rules won’t help the struggling luxury-condo markets in Miami or New York. FHA loans are targeted at moderate-income borrowers and are capped at around $350,000 in Miami and around $730,000 in the New York area.

A low-down-payment loan did help Ryan Bielby, a 27-year-old voice designer in Seattle, afford his first home. Mr. Bielby has been living for about five years in Capitol Hill, where single-family homes in the area were completely out of his price range of $300,000 to $400,000.

He found a top-floor condo unit with views of the city and hardwood floors and was able to afford it putting about 5% down. Mr. Bielby said he had spent several years saving for that down payment and didn’t want to wait much longer. “I wanted to start putting more money down to start building up some equity,” he said.

Lawrence Yun, chief economist at the National Association of Realtors, said the new rules could help stimulate demand from more moderate-income buyers and boost the housing market late in the cycle. Still, he said that unless builders shift from building luxury apartments to condos, supply shortages at the lower end will persist.

“This is bringing additional potential demand, and right now we are in a housing shortage, so this is a move in the right direction but clearly we need more supply,” Mr. Yun said.

“It’s an insurable risk. Just do it with your eyes open,” said Ed Golding, a fellow at the Urban Institute and former FHA commissioner during the Obama administration. “It’s too important a part of the housing stock to just completely ignore.”